There are a few philosophies I try to live my life by, one of them being to never say no to an opportunity when it presents itself. When my manager asked me if I had any interest in attending a six-week, highly-regarded program in the nuclear industry, it took me less than 24 hours to say yes. A few days later, I was accepted as a Fellow in the World Nuclear University (WNU) Summer Institute. 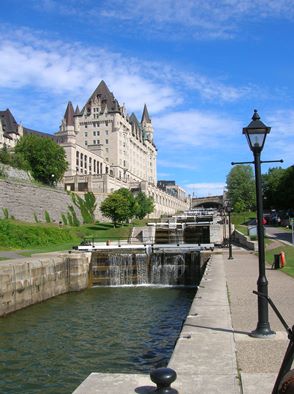 The 2016 WNU Summer Institute was held in Ottawa, Canada from June 29 through August 4. The program is designed for young professionals from the nuclear industry with the potential to be the next generation’s industry leaders. In total, 71 Fellows from 31 countries were enrolled in the course, each with a wide variety of roles ranging from engineers to lawyers to those in the research and financial fields. Networking with such a broad range of nuclear professionals was a key reminder that nuclear energy is only a small part of the overall industry. For example, I was previously familiar with some non-power uses of radiation like CT scans and carbon dating, but was surprised to hear other uses such as in agriculture, transportation and public safety.

A typical day’s itinerary was comprised of lectures on a broad range of topics, followed by working groups to reinforce the lessons learned. Fellows were also split into groups for problem-solving activities that focused on real challenges facing the nuclear industry today. Groups were able to choose their own obstacle and, with the help of a mentor, collaborate to discover a solution. A particular challenge I enjoyed was proposing a way to implement a nuclear power program in Vietnam, where no such program currently exists. My team and I referred to current International Atomic Energy Agency (IAEA) documentation to develop our plan of action, which made the project more immersive and realistic.

Our lessons also expanded beyond the classroom. We were led on tours of various Canadian nuclear facilities such as the Key Lake Uranium Mill – the largest uranium mill in the world, the Darlington Station, Port Hope Conversion Facility and the Chalk River Laboratories. Having the opportunity to not only learn about these sites in lectures but to see them in-person was truly a memorable experience.

Even though I am currently in a leadership role with Westinghouse, there is always the opportunity to develop both professionally and personally. The WNU Summer Institute allowed me to re-devote my focus on being a student, and then take those lessons learned back to share with my company and colleagues. The nuclear industry is much bigger than we typically realize, and it is indeed growing each and every day. The prospects are endless once we release our own self-imposed limits and learn to always say yes to a valuable opportunity.