Saluting Our U.S. Army Veterans Around the World

In this next part of our series in honor of Veterans Day, William Hardy and Zachary T. Anderson – two of our employees who have served in the U.S. Army – share their thoughts on service and the valuable lessons learned

What does service mean to you and how have you continued to serve after your time in the military?
I’m still enlisted in the West Virginia Army National Guard. One of the highlights of my career has been the opportunity to train young leaders, beginning in 2017.

I also served prior to enlisting (and currently serve) in my local volunteer fire department. I started as a junior fireman and now hold the position of chief for nine going on 10 years.

What are some key learnings during your time of service and how have you applied them to your civilian career?
Never underestimate where you will end up in your career – civilian or military. Have a plan and set goals but take any opportunity you can to do something different and learn.

Is there anything else memorable from your career (military or civilian) that you would like to share?
There are important things that can only be learned by standing in the rain or snow while serving your country and being tired and miserable. 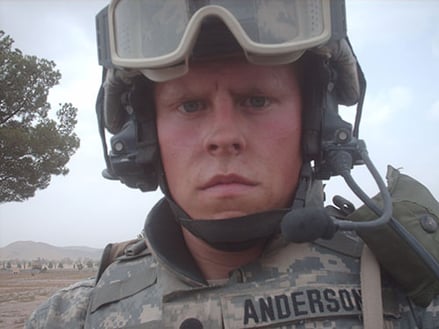 What does service mean to you and how have you continued to serve after your time in the military?
Service is not limited to the military but includes service to your family, friends, neighbors and community.

This past winter when we had a decent snow fall one night, I went out early and shoveled the driveways of the retirees in the neighborhood. This act of selfless service helped provide safe and easy access to and from their homes.

What are some key learnings during your time of service and how have you applied them to your civilian career?
People come from all walks of life – it’s important to look at things with an open mind and treat everyone with dignity and respect.

Shortly after returning home from Afghanistan, we sat down together and talked in private. This would be the first and only time he shared his experience in-country with anyone in the family. Military service instilled in us the values of respect, honor, integrity – and created an unspoken bond between us that will last a lifetime.