To Our U.S. Marines Around the World - Thank You for Your Service

In this final part of our series in celebration of Veterans Day, our own Larkin E. Ison, Jr. and Michael Rohwer tell us why they joined the military, what service means to them and the lessons they learned that will last a lifetime. 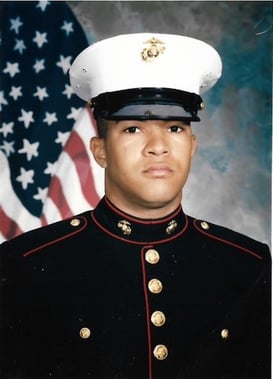 Why did you join the military?
When I joined the military, I needed a sense of purpose and wanted to serve my country. The calculus behind my decision to join the U.S. Marine Corps (USMC) was simple: If I had to fight and potentially give my life for my country, I wanted to fight alongside those considered to be the very best.

What does service mean to you and how have you continued to serve after your time in the military?
Service is the essence of humanity. To love, serve and support people is our purpose in life. It is a blessing to serve in any capacity and a blessing to be served. Daily – in my roles within the Westinghouse team, my family, and community – I strive to exemplify servant leadership.

Please describe your most impactful memory during your service.
When I was in Marine Combat Training (MCT) and received my first Meritorious Mast, which is a formal and ceremonial acknowledgment of enlisted persons being awarded for exceptional industry, judgment and/or initiative beyond the usual requirements of duty. This was confirmation for me to be confident in my abilities after graduating boot camp as a squad leader. Eventually, I’ve become more self-confident.

These types of achievements were noteworthy because they provided meaningful, tangible recognition of my potential and abilities. As a leader, I understand why it is so critically important to acknowledge people for their abilities and accomplishments.

Is there anything else memorable from your career (military or civilian) that you would like to share?
I offer sincere gratitude to anyone who takes a moment to read these words of recognition. For anyone to take a moment to consider my perspective during these challenging, dynamic times is a blessing I won’t take for granted.

I serve by being a resource to those transitioning out of the military. I had a rough transition getting out of the Marines. When I find out someone is a veteran at work, I try to give them all my knowledge in getting used to civilian leadership and peers, working with the U.S. Department of Veterans Affairs (VA), and accessing educational benefits.

What are some key learnings during your time of service and how have you applied them to your civilian career?
Teamwork and persistence. The U.S. has a very individualistic culture that can sometimes breed selfishness over cooperation. Seeing what a group of people working toward a common goal can do has given me an attitude of persistence.

When things need to be fixed – and people tell me “that’s impossible” – I find a way to work with others to get it done.