To Our U.S. Air Force Veterans Around the World – We Appreciate the Sacrifices You’ve Made

In this next part of our series in celebration of Veterans Day, hear from Daniel Hennings and Joe Miller – two of our employees who have served in the U.S. Air Force – about what serving taught them as well as some of their most memorable moments

What are some key learnings during your time of service and how have you applied them to your civilian career?
The first thing you are taught in the military is teamwork. This is a key component of everything you do while serving. One learns to rely on those serving with you just as others learn to rely on you to accomplish the mission.

Teamwork is as important in civilian life as it is in the military.

The military also teaches you to be able to follow in order to prepare you to lead in the future. When you transition from military service to civilian life, you must be willing to accept that you may have to take a step back and work your way up in a new career ladder.

Is there anything else memorable from your career (military or civilian) that you would like to share?
I remember returning from the first Gulf War and the number of people who showed up to welcome me home. Most of these people were complete strangers and just wanted to show how appreciative they were of your service and sacrifice. It was never lost on me how different our homecoming was compared to those returning home from Vietnam and how they had deserved the same support.

I’ll also never forget when I was the non-commissioned officer in charge of the aircraft maintenance cadre performing the flyover for the 2003 Daytona 500. We could hear the crowd cheering over the aircraft when they flew over.

When we arrived at the track, everyone wanted to shake our hands and thank us for our service. These were all humbling moments to me. 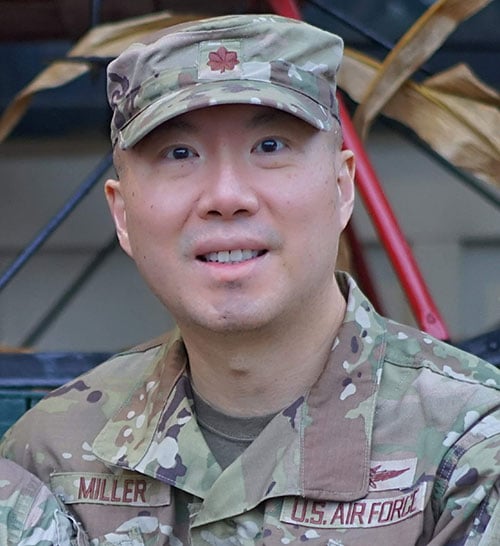 What are some key learnings during your time of service and how have you applied them to your civilian career?
In the Department of Defense (DoD), we do not pay soldiers, airmen, sailors and marines as much as civilian employers. Yet, military members are willing to give their lives for the mission.

I’ve learned in my military career that most high performers are motivated by a higher calling and factors other than simply a high salary. The key motivators I’ve observed are leadership, integrity, a clear understanding of the mission and how it contributes to our overall national defense strategy as well as empowerment at every level.

I’ve applied these key motivators to my civilian career in terms of how I lead my teams. I’ve endeavored to provide my team with the intellectual space they need, empower them to innovate, and help them understand the importance of their work to the success of our business.

Please describe your most impactful memory during your service.
I consider my most significant professional accomplishment to be the privilege of leading over 200 servicemen and women to successfully construct a strategic satellite communications station in Doha, Qatar, that enabled combat operations in Iraq and saved American lives.

I was a First Lieutenant at that time, and the stakes were extremely high. If the station was not operational by March 2003, then combat operations would have had to commence in the searing, summer heat (which would have severely degraded our combat capability).

In April 2002, I deployed to Qatar on three C-5 Galaxy aircrafts loaded with personnel, a three-ton, 60-foot satellite dish base, and equipment. Landing in the desert with a plane full of combat gear and troops looked and felt like a scene from “Star Wars.” In the end, we overcame numerous challenges, and the site became fully operational on February 24, 2003. Just a few weeks later, the Iraq War began.

To have led a mission that helped prevent the loss of additional American lives in combat was worth every sacrifice. And as an adopted child from Taiwan, I am also grateful for this invaluable opportunity to serve our country.