Poland’s Council of Ministers formally approved a resolution selecting Westinghouse to be the technology supplier for the Polish government’s six to nine GWe nuclear program. This program will start with three reactors at the Lubiatowo-Kopalino site in northern Poland.

U.S. Ambassador to Poland Mark Brzezinski welcomed the announcement by the Government of Poland.

“I am grateful for the leadership that Prime Minister (Mateusz) Morawiecki showed by overseeing the selection of Westinghouse for this historic project. Today, Poland is investing in a clean and secure energy future for all of the Polish people,” said Ambassador Brzezinski.

“This is an historic day for Poland and for Westinghouse. We are honored to partner with the Polish government on the launch of 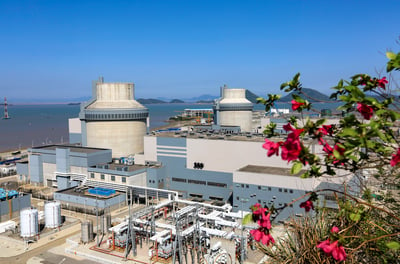 a new era of energy security, one that will bring reliable, affordable carbon-free electricity and economic benefits to the people of Poland,” said Patrick Fragman, Westinghouse President and CEO. “This project will create thousands of jobs during construction and for many decades of operation of the plants.”

Westinghouse announced in September Memoranda of Understanding with 22 additional companies in Poland for cooperation on construction of AP1000 reactors in Poland and at other potential projects in Central Europe. Westinghouse has committed to establishing a major engineering center and is planning various additional industrial investments to support training and development of Poland’s nuclear power talents and workforce. Westinghouse contemplates engaging on a broad scale both the U.S. and European supply chains on this exceptional project, in order to build a fleet of AP1000 reactors in the region.

The AP1000 nuclear reactor is the only operating Generation III+ reactor with fully passive safety systems, modular construction design and has the smallest footprint per MWe on the market. In addition to two AP1000 units being completed at the Vogtle site in the United States, four AP1000 units are currently setting operational performance records in China with four additional units under construction. Westinghouse AP1000 technology also has been selected for two additional units in China, nine units in Ukraine, and is under consideration at multiple other sites in Central and Eastern Europe, the United Kingdom, and in the United States.